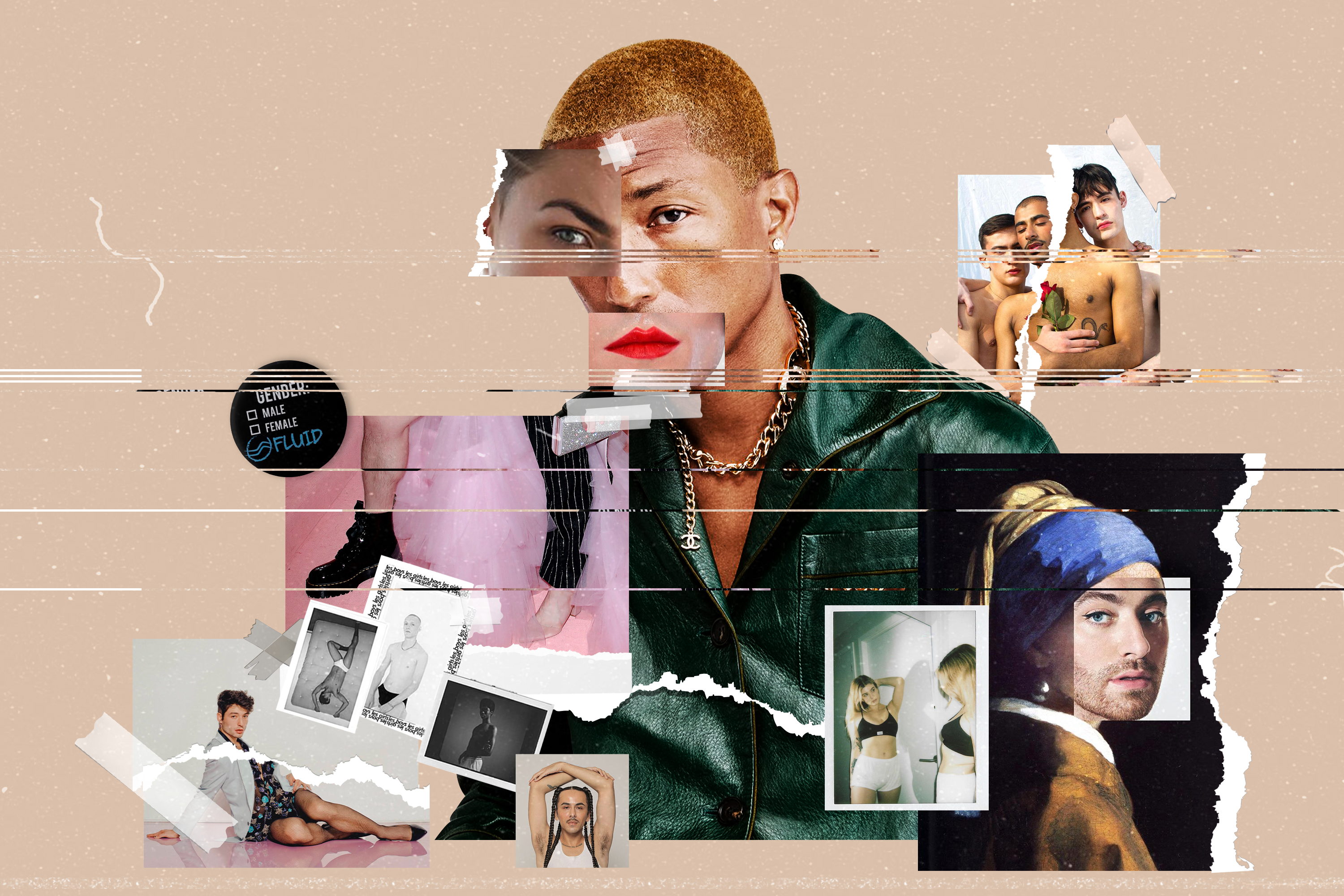 In the last few weeks we have seen at least 4 interesting manifestations that are talking to us about a phenomena that we can’t ignore:

2. Mercado Libre launched their Genderless clothes line which can now be seen on OOH (2)

3. Increasingly more designers are betting on high heels for men as part of their collections (3)

4. In the new GQ edition Pharell Williams appears on the cover talking about new masculinity. (4)

All of this together with an announcement made last June indicating that boys in Junior High in Mexico could choose between wearing skirts or slacks to school. (5)

Pharell joins celebrities such as Ezra Miller y Sam Smith, who have been vocal on this issue for a while. The way I dress is not necessarily related to my sexual preferences. The gender I was born into doesn’t matter, if I want to dress a certain way and use certain accessories; this shouldn’t limit my identity, on the contrary, it brings me closer to who I really am. While Pharrell accessorizes but is openly heterosexual, Sam Smith wants to be referred to with the pronoun “they”. As for Ezra Miller, he classifies himself as a non-binary gender, stating: “I don’t identify myself as a man, I don’t identify myself as a woman. I barely identify myself as a human.”

One of the things that defines each generation are their “mottos”, the causes or struggles that shape them: while for the Millennials (from19-37 years old) it is caring for the environment, for the Z Generation  (13 – 18 years old) it is the struggle for equality and “gender fluidity” (6). This doesn’t mean that only this generation is fighting for these issues, but that they are values of these times and everyone is paying attention. Generation Z refuses to allow a social norm oblige them to be or look like a specific way because you were born with genitals or because it has always been done like this. They refuse to wear make-up because they are women or not to because they are men.

Let us not confuse the ways with the heart of the matter. Gender Fluid is not a fashion, it is not a way of dressing, it is not a nickname or the use of a different article for referring to people, and it is not the neutralization of genders. It is just the tip of the Iceberg regarding a profound and promising social change:

Aspirations to which genders, no matter which one we identify with, aspire: do not straightjacket us, do not limit us, don’t put a bullseye on our backs, do not victimize us, and don’t hurt us. This is part of the many revolutionary struggles to be accepted as one is; but it is also the way youth is rebelling with a very particular and current stamp. Why is this more important than ever before? It probably has to do with the opposite pole becoming more threatening. Radical statements and traditionalist hype from Trump, from Bolsonaro or the dystopian fiction in Hand Maid’s Tale which is increasingly less fiction- are the catastrophic consequences of a closed and even backward society that can be felt in this type of cultural content-.

Even though it isn’t completely new, it is probable that Gender Fluid shines and glistens now at this particular time, due to the fact that we cannot deny the discriminatory and hateful comments in light of the 5 points we listed at the beginning of this article. At the same time we find blurred gender manifestations, there are things such as the Frente Nacional por la Familia (National Front for the Family), or Mexican movies such as “Hazlo como hombre” (Do it like a man), an ultra-traditionalist statement. Both co-existing in the same public sphere in which an average adolescent has to choose a personal stand with all of these references in the air.

Although not defining oneself as a man or a woman, allowing sexuality to flow and navigate between identities is very contemporary; putting judgement aside, it is interesting to think about it from the point of the human need of delimitation. Today these expressions oppose this human bias of looking for stability, familiarity and knowing what to expect, which is why it easy to assume that this is what makes a large percentage of people immediately reject them. It could be that they don’t even understand it, because it doesn´t enter any known rules in any ordered world. Some honestly confused fans ask themselves “When I go to a Sam Smith concert should I say I liked him, I liked her, or I liked them?” Attacking something strange is always an answer we can expect simply because it is human to reject that which is unexpected. We need to reconfigure this bias and navigate between empathy and openness.

The Z’s have understood this very well because they have become more sensitized with  bullying, feminism… all those deep social transformations that the majority  are still figuring out how to integrate them into their lives. This should be told to the brands! The brands as well as the kids that have understood, know that in reality Gender Fluid is living fluid. It is living with open minds, it is embracing difference and freedom, it is embracing opportunity and not “missing out on anything” It is evolving.